Tempt Me at Twilight (The Hathaways #3) 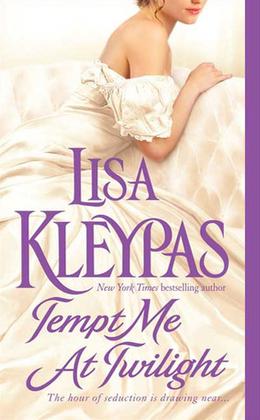 He was everything she'd sworn to avoid.

Poppy Hathaway loves her unconventional family, though she longs for normalcy. Then fate leads to a meeting with Harry Rutledge, an enigmatic hotel owner and inventor with wealth, power, and a dangerous hidden life. When their flirtation compromises her own reputation, Poppy shocks everyone by accepting his proposal—only to find that her new husband offers his passion, but not his trust.

And she was everything he needed.

Harry was willing to do anything to win Poppy—except to open his heart. All his life, he has held the world at arm’s length…but the sharp, beguiling Poppy demands to be his wife in every way that matters. Still, as desire grows between them, an enemy lurks in the shadows. Now if Harry wants to keep Poppy by his side, he must forge a true union of body and soul, once and for all...
more
Amazon Other stores
Bookmark  Rate:

'Tempt Me at Twilight' is tagged as:

The 'The Hathaways' series

Similar books to 'Tempt Me at Twilight'

Buy 'Tempt Me at Twilight' from the following stores: