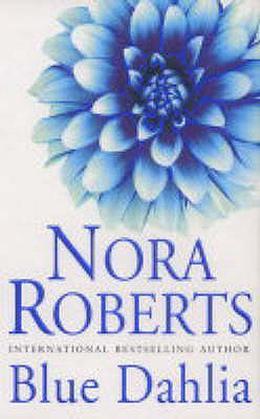 Blue Dahlia (In the Garden #1)

A Harper has always lived at Harper House, the centuries-old mansion just outside of Memphis. And for as long as anyone alive remembers, the ghostly Harper Bride has walked the halls, singing lullabies at night…

Young widow Stella Rothchild, along with her two energetic little boys, has moved back to her roots in southern Tennessee—and into her new life at Harper House and In the Garden nursery. She finds a nurturing friendship with Roz and with expectant mother Hayley. And she discovers a fierce attraction with ruggedly handsome landscaper Logan Kitridge. But someone isn’t happy about the budding romance…the Harper Bride.

A widow with three grown sons, Rosalind Harper survived a disastrous second marriage, and built her In the Garden nursery from the ground up. Hired to investigate Roz's Harper ancestors, Dr. Mitchell Carnegie finds himself just as intrigued with Roz herself. As they begin to unravel the puzzle of the Harper Bride's identity, Roz is shocked to find herself falling for the fascinating genealogist.

Hayley Phillips has found a home surrounded by beauty and the best friends she's ever had—including Roz's son Harper. To Hayley's delight, her new daughter Lily has really taken to him. To Hayley's chagrin, she has begun to dream about Harper—as much more than a friend…. But Hayley’s begun to suspect that her feelings are no longer completely her own.

The 'In the Garden' series