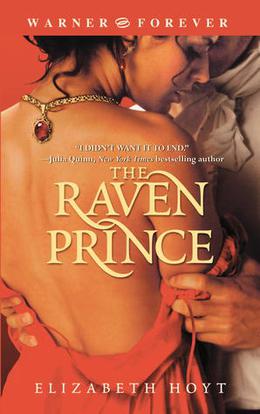 There comes a time in a lady's life...

Widowed Anna Wren is having a wretched day. After an arrogant male on horseback nearly squashes her, she arrives home to learn that she is in dire financial straits.

When she must do the unthinkable...

The Earl of Swartingham is in a quandary. Having frightened off two secretaries, Edward de Raaf needs someone who can withstand his bad temper and boorish behavior.

When Anna becomes the earl's secretary, it would seem that both their problems are solved. Then she discovers he plans to visit the most notorious brothel in London for his "manly" needs. Well! Anna sees red—and decides to assuage her "womanly" desires...with the earl as her unknowing lover.
more
Bookmark Rate Book
Amazon Other stores

Similar books to 'The Raven Prince'

All books by Elizabeth Hoyt  ❯

Buy 'The Raven Prince' from the following stores: