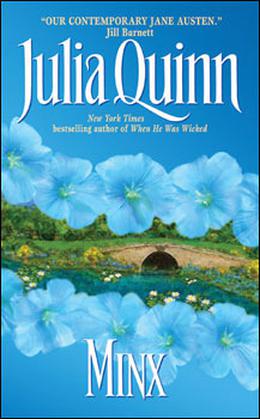 IT TAKES A MINX TO TEMPT A ROGUE...

Henrietta Barrett has never followed the dictates of society. She manages her elderly guardian's remote Cornwall estate, wears breeches instead of frocks, and answers to the unlikely name of Henry. But when her guardian passes away, her beloved home falls into the hands of a distant cousin.

...AND IT TAKES A ROGUE TO TAME HER

William Dunford, London's most elusive bachelor, is stunned to learn that he's inherited property, a title... and a ward bent on making his first visit his last. Henry is determined to contigue running Stannage Park without help from the handsome new lord, but Dunford is just as sure he can change things... starting with his wild young ward. But turning Henry into a lady makes her not only the darling of the ton , but an irresistible attraction to the man who thought he could never be tempted.
more
Amazon Other stores
Bookmark  Rate:

'Minx' is tagged as:

Buy 'Minx' from the following stores: