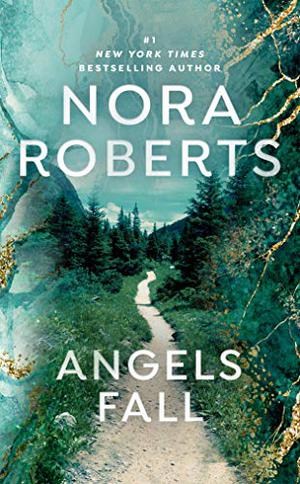 Reece Gilmore has come a long way to see the stunning view below her. As the sole survivor of a brutal crime back East, she has been on the run, desperately fighting the nightmares and panic attacks that haunt her. Reece settles in Angel's Fist, Wyoming-temporarily, at least-and takes a job at a local diner. And now she's hiked this mountain all by herself. It was glorious, she thought, as she peered through her binoculars at the Snake River churning below.

Then Reece saw the man and woman on the opposite bank. Arguing. Fighting. And suddenly, the man was on top of the woman, his hands around her throat . . .

Enjoying a moment of solitude a bit farther down the trail is a gruff loner named Brody. But by the time Reece reaches him and brings him to the scene, the pair has vanished. When authorities comb the area where she saw the attack, they find nothing. No signs of struggle. No freshly turned earth. Not even a tire track.

And no one in Angel's Fist seems to believe her. After all, she's a newcomer in town, with a reputation for being jumpy and jittery-maybe even a little fragile. Maybe it's time to run again, to move on . . .

Reece Gilmore knows there's a killer in Angel's Fist, even if Brody, despite his seeming impatience and desire to keep her at arm's length, is the only one willing to believe her. When a series of menacing events makes it clear that someone wants her out of the way, Reece must put her trust in Brody-and herself-to find out if there is a killer in Angel's Fist before it's too late.
more
Bookmark Rate Book
Amazon Other stores