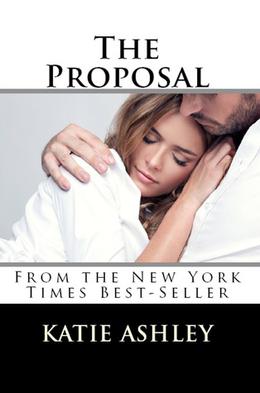 The Proposal (The Proposition #2)

In the weeks following Aidan’s betrayal, Emma has tried her best to move on. Ignoring his countless texts, voice mails, and flowers, she isn’t sure she wants to be won back by him. But Aidan isn’t going down without a fight—especially not until Emma lets him reveal the secret of his past that caused him to be so commitment phobic.

But fate intervenes when premature labor forces Emma on strict bed rest for two weeks. Aidan steps forward with a shocking proposal. To prove his love and commitment for her and their unborn son, he will take a leave of absence from work to care for her around the clock. Vowing to guard her heart, Emma reluctantly agrees.

While she is touched by Aidan’s attentiveness and tender loving care, Emma is thrown for a loop by the amorous attentions of ER doctor, Alpesh “Pesh” Nadeen. Pesh is everything Emma could ever want—successful, stable, and ready to settle down and be a husband and father. Pesh wants nothing more than to win Emma’s heart, but she is not sure she’s able to give it.

Her heart may still belong to the very man who broke it—the one who is so desperately trying to win her back.
more
Bookmark Rate Book
Amazon Other stores

The 'The Proposition' series

Similar books to 'The Proposal'

Buy 'The Proposal' from the following stores: