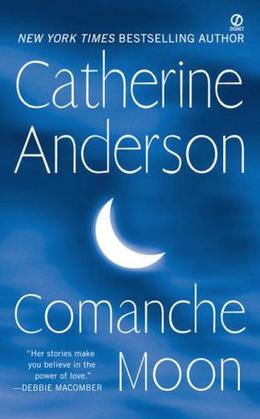 Orphaned after her parents were killed by Comanches, Loretta Simpson still lives in terror that the warriors will return, her fear so powerful, she is no longer able to speak a word.

Hunter of the Wolf believes that Loretta is a woman of ancient prophecy whom he must honor. But Loretta can only see him as the enemy who has kidnapped her, and she refuses to succumb to his control—or his touch.

Despite the hatred between their peoples, Loretta and Hunter gradually find their enmity changing to respect and care. In the midst of such conflict, it will take all the force of their love to find a safe haven.

'Comanche Moon' is tagged as:

All books by Catherine Anderson  ❯