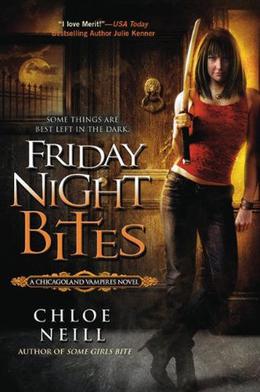 You’d think headlines like that would have provoked the fine citizens of the Windy City to take up arms against us bloodsucking fiends. Instead, ten months later, we’re enjoying a celebrity status reserved for the Hollywood elite—fending off paparazzi only slightly less dangerous than cross and stake-wielding slayers. Don’t get me wrong, Joe Public isn’t exactly thrilled to be living side-by-side with the undead, but at least they haven’t stormed the castle yet.

But all that will change once they learn about the Raves—mass feeding parties where vampires round up humans like cattle and drink themselves silly. Most civilized vampires frown on this behavior, putting mere mortals at ease with their policy of asking a person’s consent before taking a big gulp of the red stuff. However, that doesn’t make good copy for a first time reporter looking to impress his high society family.

So now my “master,” the centuries old, yet gorgeously well-preserved Ethan Sullivan, wants me to reconnect with my own upper class family and act as liaison between humans and vampires—and keep the more unsavory aspects of our existence out of the media. But someone doesn’t want people and vamps to play nicey-nice—someone with an ancient grudge.
more
Bookmark Rate Book
Amazon Other stores

Slaying It
Slaying It
(Chicagoland Vampires #13.5)

All books by Chloe Neill  ❯