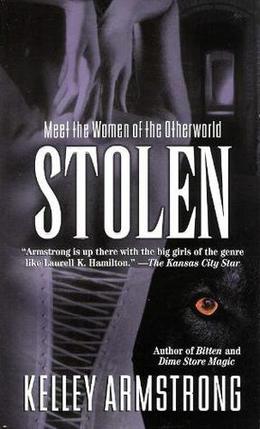 Stolen (Women of the Otherworld #2)

It was in Bitten , Kelley Armstrong's debut novel, that thirty-year-old Elena Michaels came to terms with her feral appetites and claimed the proud identity of a beautiful, successful woman and the only living female werewolf.

In Stolen, on a mission for her own elite pack, she is lured into the net of ruthless Internet billionaire Tyrone Winsloe, who has funded a bogus scientific investigation of the "other races" and their supernatural powers. Kidnapped and studied in his underground lab deep in the Maine woods, these paranormals - witches, vampires, shamans, werewolves - are then released and hunted to the death in a real-world video game. But when Winsloe captures Elena, he finally meets his match.

The 'Women of the Otherworld' series

Buy 'Stolen' from the following stores: