Only With Your Love (Vallerands #2) 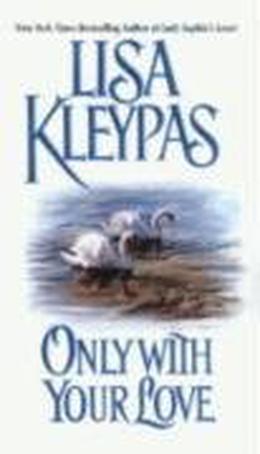 The newlywed bride of a Creole aristocrat, Celia Vallerand prays for deliverance from the bloodthirsty brigands who abducted her from a New Orleans-bound schooner. Though she believes her beloved husband slain, and despairs for her own life, the shy French beauty fears above all the dashing privateer who pays a king's ransom to claim her...and boldly risks capture to possess her.

The most notorious pirate of the open seas, he is called "the Griffin"—a rugged and powerful renegade who arouses within Celia desires as dangerous as they are irresistible. But the magnificent adventurer is a man trapped in a perilous deception—and he guards a shocking secret that could deny him the love of the gossamer-haired enchantress who stirs his manly passions and enslaves his heart.
more
Amazon Other stores
Bookmark  Rate:

'Only With Your Love' is tagged as:

Similar books to 'Only With Your Love'

Buy 'Only With Your Love' from the following stores: