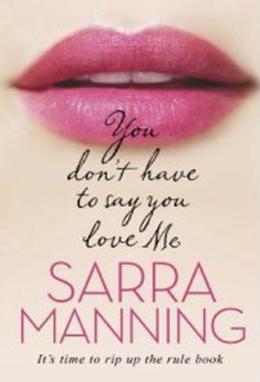 You Don't Have to Say You Love Me

Sweet, bookish Neve Slater always plays by the rules and the number one rule is that good-natured fat girls like her don't get guys like gorgeous, handsome William, heir to Neve's heart since university. But William's been in LA for three years, and Neve's been slimming down and re-inventing herself so that when he returns, he'll fall head over heels in love with the new, improved her.

So she's not that interested in other men. Until her sister Celia points out that if Neve wants William to think she's an experienced love-goddess and not the fumbling, awkward girl he left behind, then she'd better get some, well, experience.

What Neve needs is someone to show her the ropes, someone like Celia's colleague Max. Wicked, shallow, sexy Max. And since he's such a man-slut, and so not Neve's type, she certainly won't fall for him. Because William is the man for her... right?
more
Bookmark Rate Book
Amazon Other stores

Similar books to 'You Don't Have to Say You Love Me'

More books like 'You Don't Have to Say You Love Me'   ❯

Buy 'You Don't Have to Say You Love Me' from the following stores: