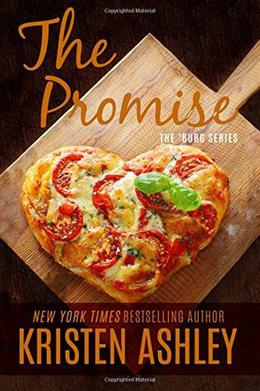 Since his brother’s death, Benny Bianchi has been nursing his grudge against the woman he thinks led to his brother’s downfall. He does this to bury the feelings he has for Francesca Concetti, his brother’s girl. But when Frankie takes a bullet while on the run with Benny’s cousin’s woman, Benny has to face those feelings.

The problem is Frankie has decided she’s paid her penance. Penance she didn’t deserve to pay. She’s done with Benny and the Bianchi family. She’s starting a new life away from Chicago and her heartbreaking history.

But Frankie has more demons she’s battling. Demons Benny wants to help her face. But life has landed so many hard knocks on Frankie she’s terrified of believing in the promise of Benny Bianchi and the good life he’s offering.

Frankie’s new life leads her to The ‘Burg, where Benny has ties, and she finds she not only hasn’t succeeded in getting away, she’s doesn’t want to.
more
Amazon Other stores
Bookmark  Rate:

'The Promise' is tagged as:

The 'The 'Burg' series

Similar books to 'The Promise'

Buy 'The Promise' from the following stores: