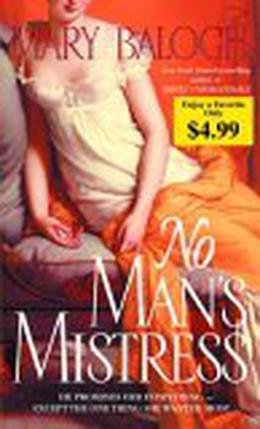 The dark, devastating stranger rode into the village fair and wagered twenty pounds at the throwing booth — for a chance to win the daisies in Viola Thornhill’s hair. The Gypsy fortune teller had warned: “Beware of a tall, dark, handsome stranger. He can destroy you — if you do not first snare his heart.”

Recklessly Viola flirted, then danced with him around the Maypole. And then came his delicate, delicious kiss. Viola did not regret that she had let down her guard — until the next morning, when he appeared at her door to claim her beloved Pinewood Manor.

Lord Ferdinand Dudley won her home in a game of cards!

Viola hated him for trying to take everything, including her soul. She was mistress of Pinewood Manor. Yet Dudley refused to leave, even as his conscience rebelled at compromising this beautiful innocent whose only proof of ownership was a dead earl’s promise. Dudley held the deed, but at what cost?

Each day under the same roof brought its share of temptation, intimacy, and guilt. But Viola knew it was a battle she could not afford to lose. Marriage was out of the question, and she would be no man’s mistress. Even as Dudley’s unnerving presence, his knowing smile, threatened to melt her resolve.

Against his better judgment, Lord Ferdinand Dudley was beguiled. This maddening beauty had stirred him as no woman had before. And he was bound and determined to make her his own.

At once sensuous, whimsical, and wonderfully romantic, Mary Balogh’s new novel holds us in thrall, bringing to life a love story that sizzles with passion and originality.

'No Man's Mistress' is tagged as:

Similar books to 'No Man's Mistress'

Buy 'No Man's Mistress' from the following stores: