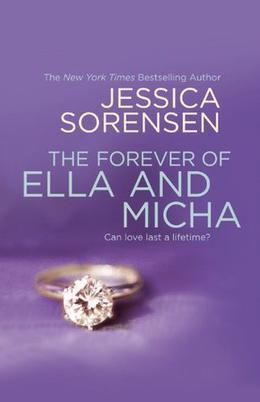 The Forever of Ella and Micha (The Secret #2)

Ella and Micha have survived tragedy and heartbreak. When they're together, anything seems possible. But now they are thousands of miles apart, and managing their long distance relationship will put their love to the test.

Ella is back at school, trying hard not worry so much about her future. But with her father in and out of rehab, she's having a hard time making it through the days. All she wants is Micha by her side, but she refuses to let her problems get in the way of his dreams.

Micha spends his days touring the country with his band, but deep down he knows something is missing. Being away from Ella is harder than he thought it would be. He wants her closer to him-needs her with him. But he won't ask her to leave college, just to be with him.

The few moments they do spend together are intense and passionate, but it only makes it more difficult when they have to part. They know they want to be together, but is wanting something enough to get them to their forever?
more
Bookmark Rate Book
Amazon Other stores

The 'The Secret' series

Similar books to 'The Forever of Ella and Micha'

More books like 'The Forever of Ella and Micha'   ❯

Buy 'The Forever of Ella and Micha' from the following stores: