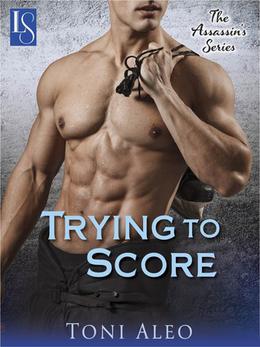 In a captivating novel of second chances and healing hearts, the newest member of the Nashville Assassins pulls a power play to make things right with the one that got away.

Fallon Parker’s dream has always been to turn her family’s wine company into a runaway success and eventually start a cellar of her own. Since graduating from college, she has worked relentlessly to make that dream a reality, especially after taking a chance on love—and losing. By the time Fallon becomes an official sponsor of the Nashville Assassins, she feels like all her hard work is finally paying off. And then the man who broke her heart skates back into her life.

On the ice, Lucas Brooks is the NHL’s leading scorer—at least when he’s not in the box. Off the ice, he’s a mess, with all his anger and misery bottled up inside. He threw away the most important person in his life and has regretted it ever since. But when Lucas returns to Nashville in a trade, he’s determined to convince Fallon that he’s a changed man. The attraction is still there. The tension is electrifying. But the odds are stacked against them—especially after Lucas finds out that Fallon has been keeping a devastating secret.
more
Amazon Other stores
Bookmark  Rate:

'Trying to Score' is tagged as:

Similar books to 'Trying to Score'

One Timer
One Timer
(Nashville Assassins #13)

Buy 'Trying to Score' from the following stores: