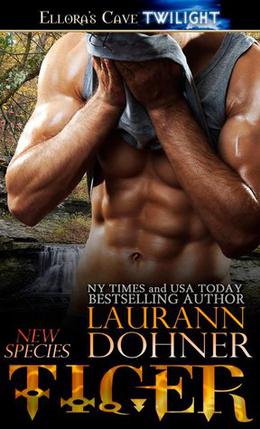 Zandy's had too much to drink and is in the wrong place at the wrong time. She knows she's going to die. When next her eyes open, a beautiful man-creature is holding her in his arms. He's just too tempting to resist; her very own fallen angel. She wraps herself around his body, determined to have him. But when this angel turns out to be flesh and blood, reality crashes in-she's seducing a New Species. Tiger's shock quickly turns to intense passion when the human female kisses him, despite the fact she's trying to get his clothes off while he's engaged in a task force operation. He's also made it clear he'll never take a mate. Rather difficult when he and Zandy can't keep their hands off each other. The taste and feel of his little human just leaves Tiger wanting more. Publisher's Note: While each New Species book is a standalone, the greatest enjoyment will come from reading them in series order.
more
Bookmark Rate Book
Amazon Other stores

Buy 'Tiger' from the following stores: