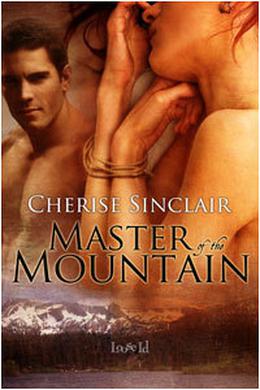 When Rebecca's boyfriend talks her into vacationing at a mountain lodge with his swing club, she quickly learns she's not cut out for playing musical beds. Now she has nowhere to sleep. Logan, the lodge owner, finds her freezing on the porch. After hauling her inside, he warms her in his own bed, and there the experienced Dom discovers that Rebecca might not be a swinger...but she is definitely a submissive.

Rebecca knows that no one can love her plump, scarred body. To her shock, lodge owner Logan not only disagrees, but ties her up and shows her just how much he enjoys her curves. Under his skilled hands, Rebecca not only loses her inhibitions, but also her heart.

Damaged from the war, Logan considers himself too dangerous to be around the enticing little sub. He sends her away for her own safety, not realizing she believes she has once again been rejected because of her size. As Logan's mountains echo with her voice long after she's gone, he realizes she's taken his heart with her. But when he arrives in the city to reclaim her, Rebecca's phone has been disconnected and her apartment is empty...

Similar books to 'Master of the Mountain'

Buy 'Master of the Mountain' from the following stores: