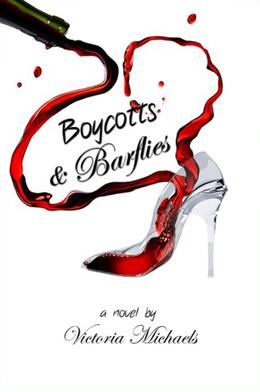 After an endless string of bad dates and a generally pathetic love life, Grace Park and her friends decide to boycott men for six weeks. With a fantastic pair of shoes on the line for the woman who makes it to the end without breaking any rules, the competition gets fierce. Sparks fly a few days into the bet when Grace and her friends cross paths with a sexy bartender named Michael Andris who happens to have a little bet of his own going with his friends.... In this hilarious debut novel, Victoria Michaels brings us a colorful and relatable cast of characters. She sends them on a sweet and sexy escapade as they sidestep one booby trap after another, manage the best of misguided intentions, and exert a whole lot of willpower and self control as they race down the path to true love. Winning isn't everything...or is it?
more
Amazon Other stores
Bookmark  Rate:

'Boycotts & Barflies' is tagged as: