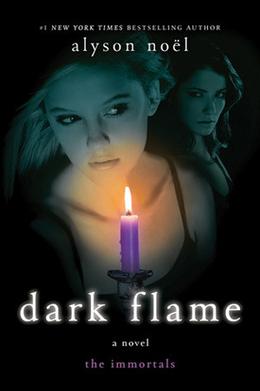 In Alyson Noël’s most darkly seductive Immortals novel yet, Ever fights for control of her body, her soul — and the timeless true love she’s been chasing for centuries.

Ever is trying to help Haven make the transition into life as an immortal. But with Haven drunk on her new powers and acting recklessly, she poses the ultimate threat — exposing their secret world to the outside. But Ever's struggle to keep the Immortals hidden only propels Haven closer to the enemy: Roman and his evil companions.

At the same time, Ever delves deeper into dark magick to free Damen from Roman’s power. But when her spell backfires, it binds her to the one guy who’s hell-bent on her destruction. Now there’s a strange, foreign pulse coursing through her, and no matter what she does, she can’t stop thinking about Roman — and longing for his touch. As she struggles to resist the fiery attraction threatening to consume her, Roman is more than willing to take advantage of her weakened state...and Ever edges closer and closer to surrender.

Frantic to break the spell before its too late, Ever turns to Jude for help, risking everything she knows and loves to save herself — and her future with Damen....
more
Bookmark Rate Book
Amazon Other stores

The 'The Immortals' series