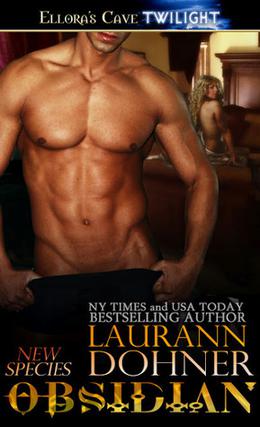 Dr. Allison Baker is obsessed with saving the comatose New Species male. She has tried everything and there's only one option left. Alli will break every rule and put her life in danger by tempting 880 to wake, using only her feminine scent and touch. She just has to kidnap him and crawl into bed with him to make it work. 880 wakes in a different world with a small female who's been sleeping beside him, caressing him and wrapping her sweet body around his, teasing his senses. He lies silent and still, listening and evaluating each arousing touch, fighting his body's reaction. Hatred flares when he discovers she's human, but Mercile stole everything from him so he decides it's fair to take her in return. But things quickly change and he wants her at his side and in his bed. 880 has chosen a new name-Obsidian-the personification of dark and dangerous. He'll fight them all to keep Alli. No one will stand in his way.
more
Bookmark Rate Book
Amazon Other stores

Buy 'Obsidian' from the following stores: