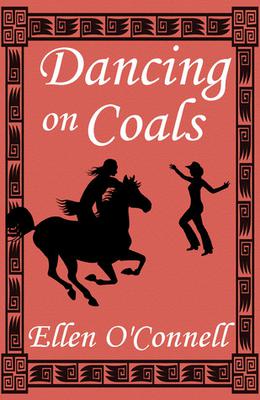 After escaping robbers intent on murder, Katherine Grant says, "I jumped from the frying pan into the fire. Before long I'll be dancing on the coals." The highwaymen were the frying pan; the handsome young Apache who saved her from them was the fire; and the coals? Gaetan.

Rage against the enemies of his people has consumed Gaetan from boyhood. The only use he ever found for any white was to test the sharpness of his knife. Forced by his brother to endure Katherine's company, Gaetan tries to deny what he sees—the white woman has a man's temper and a lion's courage. She has an Apache heart.

In spite of hate, distrust and fear, surviving in the rugged country of southern Arizona and northern Mexico forges a strange bond between Katherine and Gaetan. When the bond turns to love, can they admit it? Can they bear the consequences?
more
Amazon Other stores
Bookmark  Rate:

'Dancing on Coals' is tagged as:

Similar books to 'Dancing on Coals'

Buy 'Dancing on Coals' from the following stores: