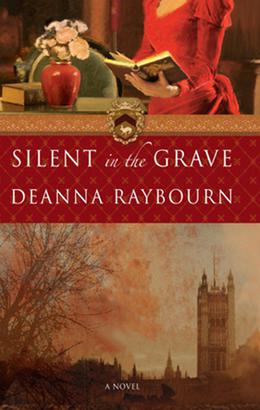 "LET THE WICKED BE ASHAMED, AND LET THEM BE SILENT IN THE GRAVE."
These ominous words, slashed from the pages of a book of Psalms, are the last threat that the darling of London society, Sir Edward Grey, receives from his killer. Before he can show them to Nicholas Brisbane, the private inquiry agent he has retained for his protection, Sir Edward collapses and dies at his London home, in the presence of his wife, Julia, and a roomful of dinner guests.

Prepared to accept that Edward's death was due to a long-standing physical infirmity, Julia is outraged when Brisbane visits and suggests that Sir Edward has been murdered. It is a reaction she comes to regret when she discovers the damning paper for herself, and realizes the truth.

Determined to bring her husband's murderer to justice, Julia engages the enigmatic Brisbane to help her investigate Edward's demise. Dismissing his warnings that the investigation will be difficult, if not impossible, Julia presses forward, following a trail of clues that lead her to even more unpleasant truths, and ever closer to a killer who waits expectantly for her arrival.

'Silent in the Grave' is tagged as:

Similar books to 'Silent in the Grave'

All books by Deanna Raybourn  ❯

Buy 'Silent in the Grave' from the following stores: