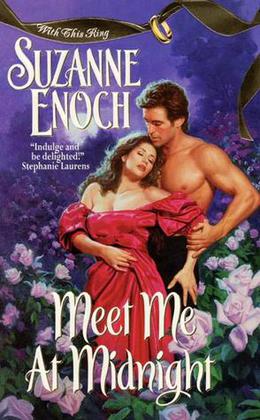 Meet Me at Midnight (With This Ring #2)

Victoria Fontaine's mischievous nature and brilliant, biting wit have scandalized the ton ...and earned her the nickname "Vixen." But her reputation pales before the infamous Lord Althorpe's, known as "Lord Sin." The years Sinclair Grafton spent on the Continent have done nothing to quell the rumors about his past. And when the stunning Vixen and the handsome rogue find themselves momentarily alone at an elegant gala, their passion gets the best of them.

Caught by Victoria's father in a shockingly sensual kiss, Sin and Vixen have no recourse except a wedding. At first the very liberal lady relishes the thought of an unfettered marriage to an indifferent, unrepentant scoundrel. But she suspects there is more to this enigmatic, remarkable man—that his rakish persona is merely a pose. And after one unforgettable night of ecstasy, Lady Vixen is determined to unmask the true Sin...to satisfy a passionate heart that craves far more than freedom.
more
Bookmark Rate Book
Amazon Other stores 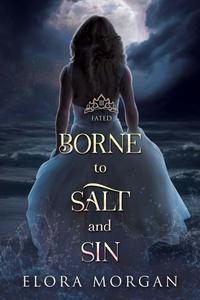 The 'With This Ring' series

Similar books to 'Meet Me at Midnight'

All books by Suzanne Enoch  ❯

Buy 'Meet Me at Midnight' from the following stores: