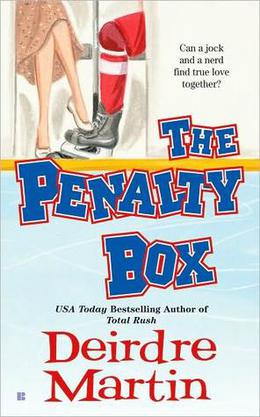 Can a jock and a nerd find true love together?

Everyone from Didsbury High remembers Katie Fisher as the dumpy brainiac from the poor side of town.

Everyone from Didsbury High remembers Paul van Dorn as the school hockey star and heartthrob.

But now they're facing off -- and matching up in more ways than one. Katie's lost the pounds, added some self-confidence, and become a drop-dead gorgeous sociology professor.

And since a series of concussions put an end to Paul's pro hockey career, his star has dimmed. Now he hits the ice as a coach. But he's still got the hometown crowd behind him as the owner of a bar called The Penalty Box.

Paul is reliving his glory days. Katie wishes she could put those years behind her. And the battle of wills that ensues just might knock love right out of the game.
more
Bookmark Rate Book
Amazon Other stores

Similar books to 'The Penalty Box'

Buy 'The Penalty Box' from the following stores: