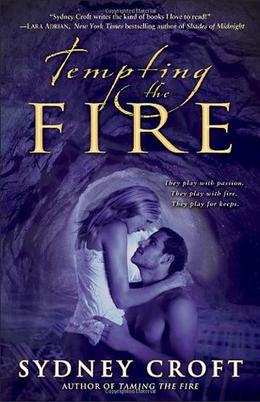 Deep in the Brazilian rain forest, a team of Navy SEALs has been nearly wiped out by something sinister and superhuman, sending shock waves through the Agency for Covert Rare Operatives (ACRO). Now ACRO agents Sela Kahne and Marlena West head to the world’s most unforgiving jungle to find and kill a mythical monstrosity with a taste for human blood. But to succeed in their mission, they will need the help of two men, each hiding his own dark secret.

Sela is an expert on cryptozoology with a sideline skill that could prove invaluable: When she makes love to a man, she engulfs his innermost thoughts. Teamed with Marlena, Sela makes contact with the lone SEAL survivor, Chance McCormack. Meanwhile, Logan Mills, the man who rescued Chance, leads his private company on a hunt that has nothing to do with saving lives. Soon, Sela will put her supernatural charms to work on Logan, determined to extract information about the creature they are seeking. But in this sweat-drenched realm of danger and deception, Logan is more than just a passive target. He has the power to lead a highly trained seducer into a jungle without any rules, without any limits—and with no end to the heat.
more
Amazon Other stores
Bookmark  Rate:

'Tempting the Fire' is tagged as:

Similar books to 'Tempting the Fire'

All books by Sydney Croft  ❯

Buy 'Tempting the Fire' from the following stores: