A Visit From Sir Nicholas (Effingtons #9) 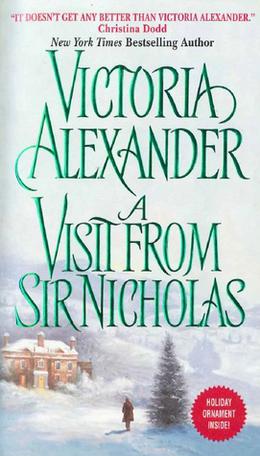 Everyone knows that an Effington always gets her way ... but this time it's not going to be easy!

Lady Elizabeth Effington simply could not suitably feel the joy of the Christmas season. Ten years had passed since she had boldly declared her love for Sir Nicholas Collingsworth. He rebuffed her and set out to seek his fortunes, while Elizabeth was left a woman scorned. Now, she discovers in horror that the inheritance she's managed beautifully was never hers to control. No, power over her finances lay in the hands of the last man she ever wants to see again: Nicholas!

But running Elizabeth's life isn't part of Nick's plans. He's intrigued when he discovers that the frivolous and flighty girl he once knew has turned into a beautiful and capable woman. Nick vows to woo -- and win -- her, and while she seems unmoved by his fervent seduction, he swears he will not rest until she accepts that most precious gift of all -- the gift of love.
more
Amazon Other stores
Bookmark  Rate:

'A Visit From Sir Nicholas' is tagged as:

Similar books to 'A Visit From Sir Nicholas'

More books like 'A Visit From Sir Nicholas'   ❯

All books by Victoria Alexander  ❯

Buy 'A Visit From Sir Nicholas' from the following stores: