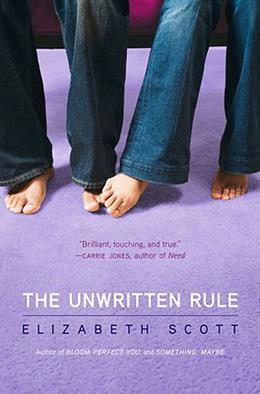 Everyone knows the unwritten rule: You don’t like your best friend’s boyfriend.

Sarah has had a crush on Ryan for years. He’s easy to talk to, supersmart, and totally gets her. Lately it even seems like he’s paying extra attention to her. Everything would be perfect except for two things: Ryan is Brianna’s boyfriend, and Brianna is Sarah’s best friend.

Sarah forces herself to avoid Ryan and tries to convince herself not to like him. She feels so guilty for wanting him, and the last thing she wants is to hurt her best friend. But when she’s thrown together with Ryan one night, something happens. It’s wonderful... and awful.

Sarah is torn apart by guilt, but what she feels is nothing short of addiction, and she can’t stop herself from wanting more...
more
Amazon Other stores
Bookmark Rate Book

Similar books to 'The Unwritten Rule'

Buy 'The Unwritten Rule' from the following stores: