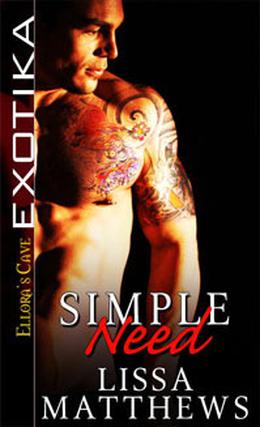 Vinter is not your typical businessman. Tattoos, piercings and not a suit and tie in sight. One-third owner of a bar and a tattoo parlor along with being a bassist in a band, Vinter comes and goes as he pleases. He likes his beer cold, his music hard and his women scorching hot. Until he’s knocked off his game by a suburban doll he can’t stop wanting.

Elise needs a change. In men. The buttoned-up businessmen she’s been dating leave a lot to be desired—in romance, in respect and most definitely in sex. A recent text message from her now ex-lover drives Elise into a popular bar on the outside of town, where she meets one of its owners. He’s just the kind of man she’s never had and definitely the kind she’s always fantasized about. Big, bad and oh so naughty.

All books by Lissa Matthews  ❯