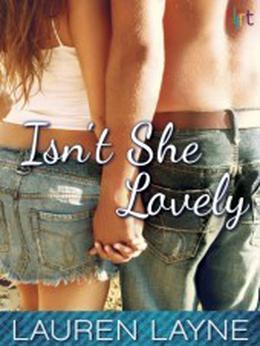 The rules are clear—until they're broken. Lauren Layne puts a New Adult spin on Pygmalion, also the inspiration for Pretty Woman, and gives the classic love story its edgiest twist yet.

"Who knew that pretending you're not falling for someone would be so much more difficult than pretending that you are?"

Stephanie Kendrick gave up her whole summer to ace her NYU film school screenwriting course, so she's pissed to be stuck with a preppy, spoiled frat boy as her writing partner. Then again, with her piercings, black-rimmed eyes, and Goth wardrobe, Stephanie isn't exactly Ethan Price's type, either. He's probably got his eye on some leggy blonde with a trust fund... or does he?

As the summer scene kicks off in the Hamptons, Ethan is desperate to make his snobbish mother forget the pedigreed girl who broke his heart. While Stephanie's a stretch as a decoy, the right makeover and a pastel cardigan just might do the trick. She may not love the idea of playing Ethan's brainless Barbie girlfriend, but the free rent and luxurious digs make a tempting offer. So does the promise of a ready-made screenplay idea inspired by their charade.

But when Stephanie steps into Ethan's privileged world, the "acting" begins to feel all too real. The kissing and touching that were intended to fool the Hamptons crowd wind up manipulating "them." And Stephanie faces a question she's too afraid to ask: Is Ethan falling for the real her or for the dolled-up princess he wants to see?
more
Bookmark Rate Book
Amazon Other stores

Similar books to 'Isn't She Lovely'

All books by Lauren Layne  ❯

Buy 'Isn't She Lovely' from the following stores: