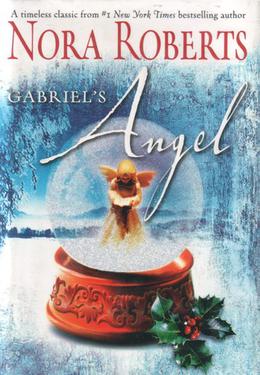 Pregnant, alone and on the run to protect her unborn child, Laura Malone found herself stranded on a snowy Colorado road, at the mercy of a stranger. Fortunately, Gabriel Bradley's only intention that fateful night was to provide her shelter.

She was an angel with midnight blue eyes and a shock of blond hair, and Gabe might have thought she had come out of the snowy night to save him --- if he were the kind of man to believe in such things. But ever since he had lost his beloved brother, he had lost hope. Now the only solace Gabe took was in his solitude.

Together they weathered the storm, sharing their intimate secrets and soon powerful passion. By the time the roads had cleared, a promise had been made. For Gabe understood Laura needed protection if she hoped to keep custody of her child through the coming court battle.

For her sake, he was prepared to offer marriage. But his motives weren't nearly so pure. Truthfully, this beautiful, vulnerable stranger had given him an invaluable gift. Life with Laura had given Gabe a reason for being --- courage to hope, and the power to dream that he could have the future and the family he had once dreamed of ...
more
Amazon Other stores
Bookmark  Rate:

'Gabriel's Angel' is tagged as: