Beyond the Pale (Darkwing Chronicles #1) 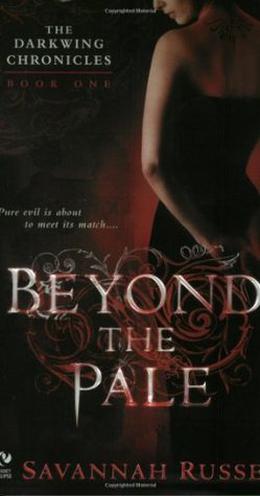 The government knows that Daphne Urban is a vampire, and they have an ultimatum: spy for them, or be killed. The choice is easy. She can speak 13 languages, has a genius IQ, and has escaped detection for nearly five hundred years-making her perfect for Team Darkwing. Her first mission is to get close to Bonaventure, a shady arms dealer with an unexpected gift for seduction. But when Darius, a darkly sexy vampire slayer, begins chasing her, Darius is torn between desire and duty. For his lithe, young prey is also his ultimate temptation.
more
Amazon Other stores
Bookmark  Rate:

'Beyond the Pale' is tagged as:

Similar books to 'Beyond the Pale'

All books by Savannah Russe  ❯

Buy 'Beyond the Pale' from the following stores: