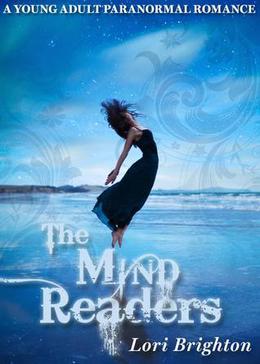 Cameron Winters is a freak. Fortunately, no one but her family knows the truth... that Cameron can read minds. For years Cameron has hidden behind a facade of normalcy, warned that there are those who would do her harm. When gorgeous and mysterious Lewis Douglas arrives he destroys everything Cameron has ever believed and tempts her with possibilities of freedom. Determined to embrace her hidden talents, Cameron heads to a secret haven with Lewis; a place where she meets others like her, Mind Readers.

But as Cameron soon finds out some things are too good to be true. When the Mind Readers realize the extent of Cameron’s abilities, they want to use her powers for their own needs. Cameron suddenly finds herself involved in a war in which her idea of what is right and wrong is greatly tested. In the end she’ll be forced to make a choice that will not only threaten her relationship with Lewis, but her very life.
more
Amazon Other stores
Bookmark  Rate:

'The Mind Readers' is tagged as:

Similar books to 'The Mind Readers'

Buy 'The Mind Readers' from the following stores: