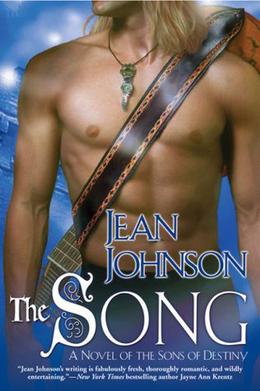 The fourth installment in the national bestselling Sons of Destiny series.

Eight brothers, born in four sets of twins, two years apart to the day-they fulfill the Curse of Eight Prophecy, and are thus exiled to Nightfall Isle, in Jean Johnson's "thoroughly romantic and wildly entertaining"* series.

Evanor lost his powers-and his voice-in a terrible battle that defeated his family's greatest enemy and gave his sister-in-law her freedom. The advanced magical healing that would restore his voice and powers is beyond their means-but not beyond the ability of the lovely healer Mariel. Mariel can restore what was torn from Evanor-and possibly repair her own broken heart in the process.
more
Bookmark Rate Book
Amazon Other stores

The 'Sons of Destiny' series

Similar books to 'The Song'

Damnation
Damnation
(Theirs Not to Reason Why #5)

Hardship
Hardship
(Theirs Not to Reason Why #4)

The Guild
The Guild
(Guardians of Destiny #3)

Buy 'The Song' from the following stores: