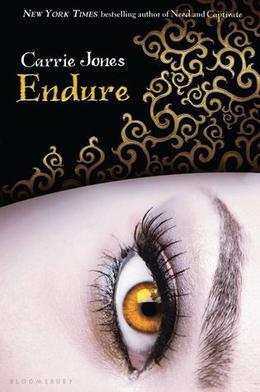 Zara is at the center of an impending apocalypse. True, she’s successfully rescued Nick from Valhalla, but it simply isn’t enough. Evil pixies are ravaging Bedford, and they need much more than one great warrior; they need an army. Zara isn’t sure what her role is anymore. She’s not just fighting for her friends; she’s also a pixie queen. And to align her team of pixies with the humans she loves will be one of her greatest battles yet. Especially since she can’t even reconcile her growing feelings for her pixie king . . .

'Endure' is tagged as:

All books by Carrie Jones  ❯

Buy 'Endure' from the following stores: