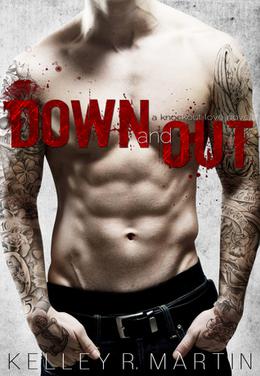 Down and Out (Knockout Love #1)

That’s how Savannah Ryan would describe her new boss, Declan Whitmore, the deliciously tatted and pierced fighter who holds the top spot in Boston’s newest underground fighting organization. She’d also describe him as bossy, arrogant, and—depending on what he does to piss her off that particular day—an asshole.

It’s that aloof attitude, along with Savannah’s witty comebacks and tight little body that land her on his radar. Unfortunately for her, Declan is relentless when he sets his sights on someone, both in and out of the ring. Unfortunately for him, this recently reformed bad girl is trying to go straight after heading down a dangerous path. She’s not going to make this easy for him. In fact, she’s going to make it—and him—very, very hard.

Declan’s not worried, though. He’ll have Savannah come hell or high water, because if there’s one word he’d use to describe her, it’s “MINE.”

Similar books to 'Down and Out'

Buy 'Down and Out' from the following stores: