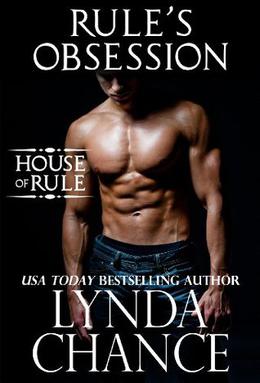 Rule's Obsession (The House of Rule #1)

From the author of USA Today's 'Sarah's Surrender', Lynda Chance brings you: Rule's Obsession. With a style reminiscent of 'Pursuit' and 'Marco's Redemption', 'Rule's Obsession' is a steamy, stand-alone book with no cliffhangers.

An alpha-male like no other: Damian Rule is an ultra-staid businessman who likes his life just so. He wears his hair cut short; he demands his business affairs be organized, and he insists that his women be impeccably groomed and conservative in both speech and appearance. When he meets Angie Ross for the first time, he sees a hot, beautiful, gothic mess. With her fishnet stockings and spiked leather cuffs, she's wildly inappropriate for his long term needs. But for the short term? She'll do just fine.
more
Bookmark Rate Book
Amazon Other stores

The 'The House of Rule' series