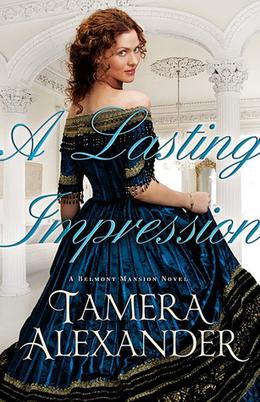 After an unwanted past, Claire strives to create something that will last as an artist among Nashville's elite society in the 1860s.

Claire Laurent's greatest aspiration is to paint something that will bring her acclaim. Yet her father insists she work as a copyist. A forger. When she's forced to flee her home, her path collides with attorney Sutton Monroe, who shows her kindness by not turning her in to authorities. But when he later refuses to come to her aid, Claire fears she's sorely misjudged him. Finding herself among the elite of Nashville society, Claire believes her dream of creating a lasting impression in the world of art is within reach--but only if her past remains hidden.

The Federal Army destroyed Sutton's home, confiscated his land, and threatens to destroy his family's honor. His determination to reclaim what belongs to him reveals a truth that may cost him more than he ever imagined--as well as the woman he loves.

Set at Nashville's historic Belmont Mansion, a stunning antebellum manor built by Adelicia Acklen, A Lasting Impression is a sweeping love story about a nation mending after war, the redemption of those wounded, and the courage of a man and woman to see themselves--and each other--for who they really are.
more
Amazon Other stores
Bookmark  Rate:

'A Lasting Impression' is tagged as:

Similar books to 'A Lasting Impression'

All books by Tamera Alexander  ❯

Buy 'A Lasting Impression' from the following stores: