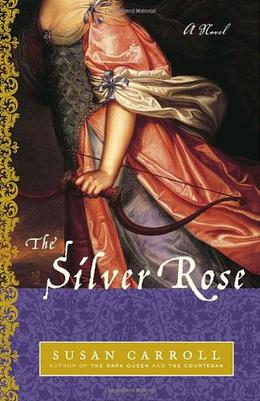 From Brittany's fog-shrouded forests to the elegant dark heart of Paris's royal court, one woman must challenge a country's destiny-and her own dangerous fate.
France, 1585. She is the youngest and most powerful of the "Sisters of Faire Isle," women known far and wide for their extraordinary mystical abilities. Skilled in healing and able to forecast the future of those around her, Miri Cheney has returned to her ancestral home to take refuge from a land devastated by civil war-and to grieve for her family, driven to exile. But she cannot hide from the formidable new power threatening to seize control of France from the dread "Dark Queen," Catherine de Medici-a diabolical woman known only as the Silver Rose. Miri has no choice but to turn to the one man she distrusts as much as she desires: Simon Aristide, the charismatic witch-finder who is now himself the hunted, and who has reluctantly made an unholy pact with Catherine. Miri must defy throne and family to save all that she loves most-and command a future greater than she could ever imagine.
Vibrant with stunning historical detail, alive with characters as richly passionate as they are compelling, The Silver Rose is a sweeping, exquisitely wrought tale from a mesmerizing storyteller.
more
Bookmark Rate Book
Amazon Other stores

Similar books to 'The Silver Rose'

Buy 'The Silver Rose' from the following stores: