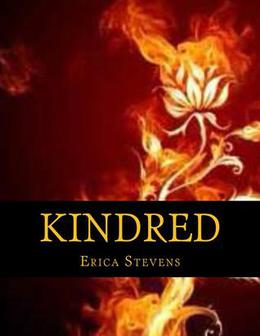 What do you do when the one you love is also you worst enemy? Trapped in a destiny she does not want, Cassie finds herself lost and adrift, until he walks into her life, turning it upside down and awakening her in ways that she never dreamed possible.

Cassie is stunned and devastated to learn that she belongs to a long line of vampire slayers known as The Hunters. A murderous rampage by a group of elder vampires has left the Hunter line decimated and the remaining Hunters scattered around the world. With her friends Chris and Melissa’s aid, Cassie struggles to rid the world of the monsters that murdered her parents. Though Cassie knows it is her fate, she chafes against her heritage, and is resentful of the shortened lifespan that has been placed upon her by the circumstances of birth. Struggling to get through every day, Cassie finds herself simply going through the motions of living. That is, until Devon arrives. Tall, dark, and mysterious his arrival turns the school, and Cassie’s life, upside down. Fighting against her fierce attraction to him, and the chaos he represents in her carefully ordered days, she is irresistibly drawn to him. Though worried that what she truly is will place Devon in danger, she is unable to fight her feelings for him. He is the one light, and the only source of hope she has in a world that revolves around death and fear. What she does not know is that Devon has some dark secrets of his own, secrets even more frightening and dangerous than hers. Secrets that threaten to tear them apart forever.

Note : This is a young adult fictional story that includes some language, violence, and mild sexual situations. Recommended for ages fifteen and up.
more
Bookmark Rate Book
Amazon Other stores

The 'The Kindred' series

All books by Erica Stevens  ❯

Buy 'Kindred' from the following stores: