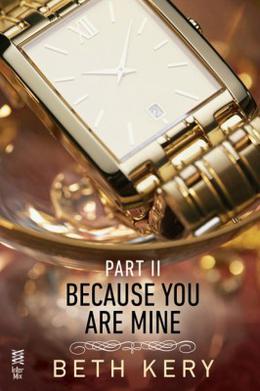 Because I Could Not Resist (Because You Are Mine #1.2)

The red-hot romance between Ian and Francesca was ignited in Because You Are Mine Part I—that which comes with the first look, the first caress. Now comes the first act of defiance that takes them one step further into forbidden desire.

A heated argument between Francesca and Ian leaves the impetuous young woman alone again, and free to do whatever she chooses, and with whomever she desires. She’s not about to answer to any one man—especially Ian. Until he catches her. As he takes her to his penthouse, the tension is incendiary. One thing is clear for both of them. Francesca must be punished.

Outraged and unbearably excited, the naïve Francesca loses whatever control she had. After all, Ian is too dominant a man to fight off. She did disobey him. She does deserve it. Francesca just never realized how much she wanted it. But when Ian discovers how naïve Francesca really is, he wonders if taking advantage of such innocence is going too far, even for him.
more
Bookmark Rate Book
Amazon Other stores

The 'Because You Are Mine' series

Similar books to 'Because I Could Not Resist'

More books like 'Because I Could Not Resist'   ❯

Buy 'Because I Could Not Resist' from the following stores: