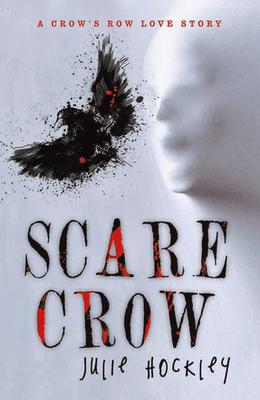 Nineteen-year-old Emily Sheppard is losing her sanity. Ever since her mob king boyfriend, Cameron Hillard, abandoned her for her own good, Emmy has been attempting to move on with her charmed college student life as if nothing happened. Now rejected from the underworld and left grieving over Cameron’s alleged death, Emmy realizes she belongs nowhere. Worse yet, she is now keeping a dangerous secret.

After just a short time with Emily, Cameron has lost control over his world. As he miserably attempts to return to what is left of his life and unravel the mess he has made of the underworld, Emily’s hate turns to desperation. She needs to kill the kingpins responsible for Cameron’s death before they come looking for her. As Cameron secretly observes Emily, he has no idea of the danger he has placed her in—or that it may already be too late for him to save her.

Scare Crow is a tale of revenge, terror, and love as Emmy and Cameron embark on separate journeys to face enemies, correct past mistakes, and find their way to their destinies.
more
Amazon Other stores
Bookmark  Rate:

'Scare Crow' is tagged as:

All books by Julie Hockley  ❯