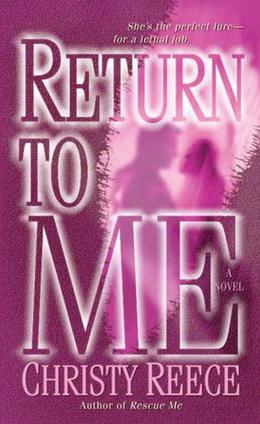 Return to Me (Last Chance Rescue #2)

DESIRED TO DEATH
Posing as an underage teenager, Samara Lyons is out to trap an online predator. Smart, fiery, and fresh off a broken engagement, Samara is up for the challenge. But this challenge might not be so easy. Her boss, Noah McCall, head of a private international corporation called Last Chance Rescue, can't disguise his raw, physical desire for Samara-and she's going crazy battling her own feelings for him. The middle of a high-stakes op, with the fate of dozens of innocent lives on the line, is not the time to indulge in sensual delights.
Then the sting explodes, forcing Noah to face his dark past and throwing Samara into the middle of an evil tug-of-war. Noah must confront an enemy he knows better than anyone else in the world, while Samara must find a way to stay alive. Now it's no longer a matter of desire-it's all about survival.
more
Bookmark Rate Book
Amazon Other stores

Similar books to 'Return to Me'

Buy 'Return to Me' from the following stores: