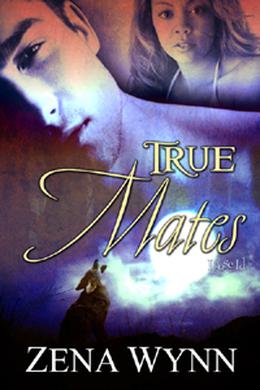 Kiesha Morgan is a plus-sized, bi-racial business woman who lives life on her own terms. Her life is all about control... her control. She owns her own business, her own condo, and conducts her relationships the same way she runs her business--by her rules. Any man that doesn't like it is welcome to leave.

Alex Wolfe is the town of Refuge's only veterinarian. He's also a shape-shifter, and the Alpha of the Raven Pack. He's been waiting for the woman who can complete him, his one True Mate. Even though the odds of finding her are slim, he refuses to settle for second best. Once he finds her, he'll never let her go.

Their worlds collide when Kiesha is snatched out of her nice, safe world and mysteriously teleported to a clearing in the woods outside of Refuge. She's out of her element and things are out of her control.

A blue moon's coming, and for shape-shifter Shannon McFelan, it's bringing nothing but trouble. Something she's got enough of already. Her body has mysteriously turned on her, going into Heat at the worst possible time. It will take all the cunning in her possession to survive this lunar cycle without finding herself mated.

Vampire Nikolai Taranosky has waited centuries for his Chosen. He doesn't care that Shannon's a werewolf, and he knows exactly what's wrong with her. It's because of him that she's in Heat. By the waning of the blue moon she'll definitely be mated...to him!

'True Mates' is tagged as: