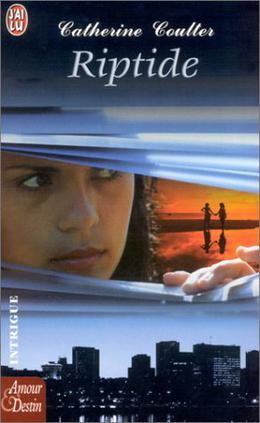 Becca Matlock, a senior speechwriter for the governor of New York, is at the top of her professional game when she receives her first phone call. "Stop sleeping with the governor or I'll kill him."

The thing is, she's not sleeping with the governor, but it doesn't stop the phone calls. The police stop believing her after the stalker murders an innocent in New York City to prove a point. Then, when the governor is shot in the neck, Becca takes off for coastal Maine, seeking to hide not only from the stalker but also from the New York police. For sanctuary, she goes to Riptide, home of a college friend--where she finds herself at even greater risk.

Who is stalking her, threatening her, telling her that he's "her boyfriend"? Who is the skeleton that falls out of the basement wall of her rental house after a violent Maine storm?

Unexpectedly, a stranger comes into Riptide and he's watching her. Is he a friend or an enemy?

FBI special agents Savich and Sherlock arrive to help out an old friend of Savich's father. However, this old friend's relationship to Becca comes as quite a surprise.

Is the stalker an old enemy from the past? Or an enemy who is much closer?
more
Amazon Other stores
Bookmark  Rate:

'Riptide' is tagged as:

Buy 'Riptide' from the following stores: