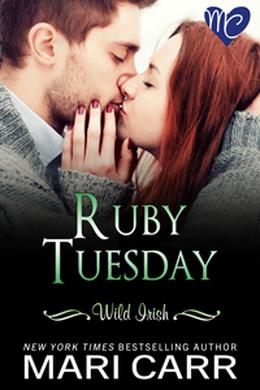 Sky Mitchell is hiding out in Baltimore, seeking peace and solitude while he struggles with a career decision. Lead singer of popular rock group The Universe, he’s thinking of going it alone. Wandering into an Irish pub, he’s ecstatic to discover the breakout single for his solo album—but the songwriter doesn’t want to sell. One musical challenge later, not only does he win the song, but also a writing partner to complete the rest of the album.

Teagan Collins has never aspired to fame and fortune. She’s content taking care of family, friends and neighbors, and singing in her family’s pub. Working on an album with Sky tests her patience…and her libido. The hot rocker plays her body like a fine instrument, their desire deepening with each song they write.

But someone doesn’t want Sky to go solo, and is repeatedly trying to sabotage the couple’s efforts. Undaunted, Sky wants Teagan to join him onstage at his farewell concert to sing her original, “Maybe Tomorrow”…

If they make it through today.
more
Amazon Other stores
Bookmark  Rate:

'Ruby Tuesday' is tagged as:

All books by Mari Carr  ❯