Beneath the Skin (Darkwing Chronicles #3) 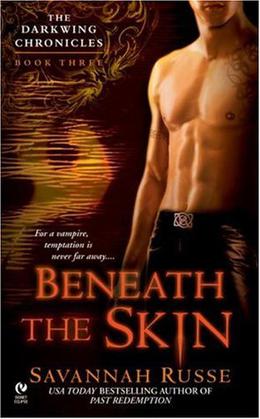 No one can tell that Daphne Urban is a vampire. But the government knows-and she's been recruited to spy for them. To get over a recent break-up, Daphne must throw herself into her work, joining her colleagues to chase down a ruthless enemy. Mysterious, cruel, and unstoppable, this assassin is dead-set on killing a certain presidential candidate. Now Team Darkwing has to find him before it's too late. But soon, Daphne finds herself drawn back into the life she once rejected: a secret vampire underworld, where all pleasures-like human blood-can be found.
more
Amazon Other stores
Bookmark  Rate:

'Beneath the Skin' is tagged as:

Similar books to 'Beneath the Skin'

All books by Savannah Russe  ❯

Buy 'Beneath the Skin' from the following stores: