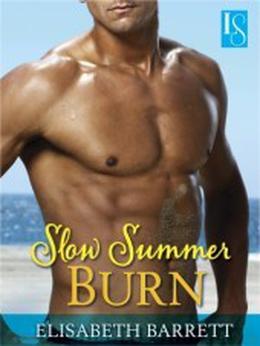 Cameron Stahl has everything, so why does she feel like her life is incomplete? A beautiful Boston socialite and a successful entrepreneur, she’s just opened her second boutique in Star Harbor and business is booming. But one searing look from Val Grayson sends fire through her body and shows her exactly what’s missing from her life: a real man who doesn’t play games and who makes her feel like the most desired woman on earth.

DEA agent Val Grayson has always looked after his brothers. Now it’s his turn to find love—though Cam is the last sort of woman he ever dreamed he’d fall for. When courageous Cam realizes she has the insider connections to help Val take down a major drug player within Boston’s political elite, he can’t stop her from putting herself in danger. But as the drug bust of his career looms, all Val cares about is saving the woman he loves before it’s too late.
more
Amazon Other stores
Bookmark Rate Book

All books by Elisabeth Barrett  ❯