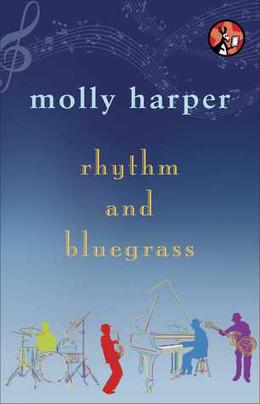 Bonnie Turkle, multimedia historian for the Kentucky Commission of Tourism, is dispatched to Mud Creek, a tiny eastern Kentucky town, with few prospects but many oddballs, to rescue important artifacts from McBride’s Music Hall. Now fallen beyond disrepair, McBride’s was once a jewel of the early American music scene, an intersection of the country-western and rhythm and blues circuits. The former owner’s grandson, Will McBride, who also happens to be Mud Creek’s esteemed mayor, would like nothing more than to see the place bull-dozed in favor of a factory that will provide much-needed jobs to his citizens. But Bonnie finds evidence of a legendary musical event at the music hall and her plans to turn it into a museum put Mud Creek’s economic future at risk – not to mention the growing flirtation between the two of them. If Will and Bonnie can’t find common ground, the town’s past and future will be lost.
more
Bookmark Rate Book
Amazon Other stores

Similar books to 'Rhythm and Bluegrass'

All books by Molly Harper  ❯

Buy 'Rhythm and Bluegrass' from the following stores: