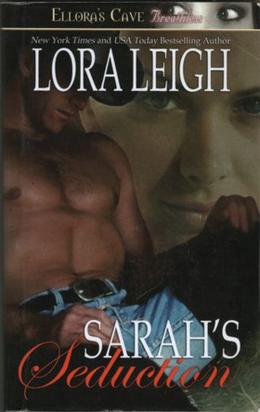 Men of August - Sarah's Seduction By Lora Leigh Book 2 in the Men of August series On a hot summer night six years before, Brock August showed Sarah Tate a passion that would nearly destroy her. But fear and innocence drove her from his arms and into a marriage she neither wanted, nor found happiness in. Now Sarah is free and she wants that night she lost. One night, a few stolen hours to know the heat and passion of the man she never forgot. But Brock has other plans in mind. A secret, a passion, a desire his brothers share. A desire Sarah will be unable to deny. That is, if she can escape the dark designs of the stalker intent on destroying the August men.
more
Amazon Other stores
Bookmark  Rate:

'Sarah's Seduction' is tagged as:

The 'Men of August' series