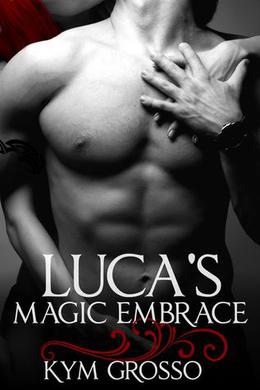 Sexy vampire, Luca Macquarie doesn’t do love; especially not with humans. Yet, ever since he rescued Samantha Irving, he can’t deny the enigmatic attraction he’s developed for the alluring mortal woman. Concerned for her safety, he’s determined to bring Samantha back to her coven. His mission is to go find the novice witch and bring her home, nothing more, nothing less; falling for her is not supposed to be part of the plan.

Samantha doesn’t want to be a witch, yet that’s exactly what she is. After failing to elicit her magic, she escapes to the mountains in an attempt to resume a semblance of her previous human life. When an arsonist torches her cabin, Samantha’s worst fears are realized. Aware that her life is on the line, she reluctantly agrees to return to New Orleans with Luca.

The 'Immortals of New Orleans' series